There have been a lot of recent novels about pigeons, lately. Don’t ask why, just enjoy. 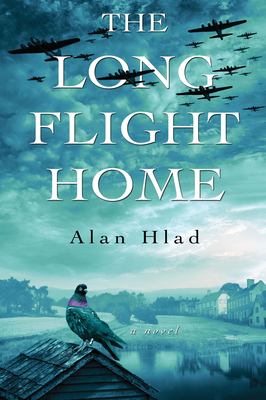 Here’s one by Akron’s own Alan Hlad called The Long Flight Home. In September 1940, as German bombs fall on Britain, fears grow of an impending invasion. Susan Shepherd raises homing pigeons with her grandfather, Bertie. All her birds are extraordinary to Susan, but none more so than Duchess, with whom she shares a special bond. When a young pilot named Ollie Evans travels to Britain to join the Royal Air Force, his quest brings him to the National Pigeon Service, where Susan is involved in a new, covert assignment. The mission aims to air-drop hundreds of homing pigeons in German-occupied France. For a nonfiction take, try Operation Columba: The Secret Pigeon Service: The Untold Story of World War II Resistance in Europe by Gordon Corera. If animals telling their own stories is your thing, you will like Cher Ami and Major Whittlesey by Kathleen Rooney. Inspired by true events, this is a novel that centers on the Meuse-Argonne Offensive of World War I, told in the voices of Cher Ami, a real-life messenger bird, and Charles Whittlesey, an army officer. “Imaginative and audacious...Rooney uses Cher Ami's bird's-eye view and curious afterlife to exhilarating, comic, and terrifying effect, while Whit's tragic fate is exquisitely rendered... Unforgettable... A celebration of animal intelligence, and tribute to altruism and courage.“ --Booklist *Starred Review* Olive Bright, Pigeoneer (by Stephanie Graves) is tending her veterinarian father's Hertfordshire racing pigeons while waiting for her best friend to return from World War II, then is recruited into the Baker Street covert branch of British Intelligence before investigating the murder of a local busybody. "Readers will flock to engaging young Olive Bright and her racing pigeons, who send secret messages for British Intelligence--as well as solve a village murder. Inspired by little-known (and true!) facts of World War II, Graves brings us a fresh, quirky, and charming new heroine." --Susan Elia MacNeal, New York Times bestselling author of the Edgar-nominated Maggie Hope series 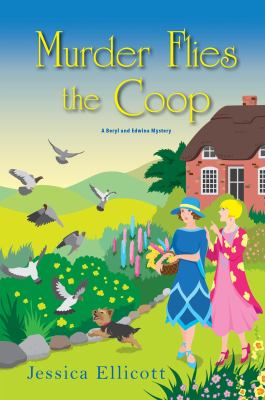 Other mysteries include the Kopp sisters novels by Amy Stewart, in which the gals train pigeons for the war effort. And Murder Flies the Coop: A Beryl and Edwina Mystery by Jessica Ellicott, which involves a pigeon-racing club where the treasurer has absconded with the club's funds and several prized birds. 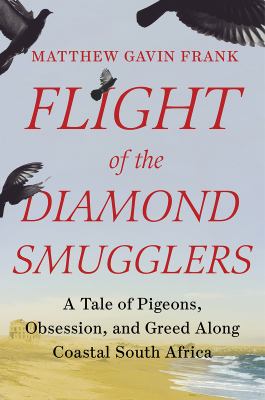 If you’re ready for more nonfiction, check out Flight of the Diamond Smugglers: A Tale of Pigeons, Obsession, and Greed Along Coastal South Africa by Matthew Gavin Frank. “[A] rumination on brutality and resistance in the mines of South Africa. . . The material in general -- ghost towns, corporate cruelty, the centuries-old relationship between humans and a species almost magical in its abilities -- is fabulous.” --Nate Blakeslee - New York Times Book Review

For other stories told from an animal’s point-of-view, try our booklist Animal Tales. Explore Book Lists curated by our professional librarians. There's something there for every age and interest. To get recommendations, try our new service Your Next 5 Reads.